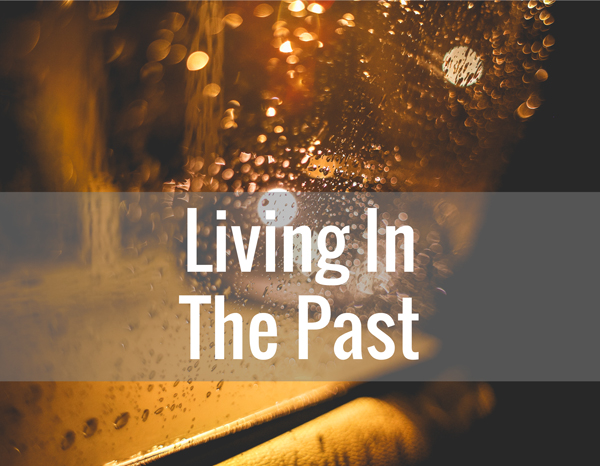 Relationships are hard. Two people come together that have separate lives, interests, and beliefs with the expectation that they’ll be able to find some common middle ground and spend copious amounts of time together. You know what makes these situations even harder?

Living in the past.

People kill relationships all the time because, even though they are with someone in the present, they are still caught up on past hurt or mistakes that they’ve made in the past. But why is that? Why do we give so much power and influence to things that happened in the past? It should be easy to understand that continuously carrying past issues and hurt around won’t leave you with much room to accept love in the present.

What we should do, instead of living in the past, is learn from it. Learn a lesson from that situation that you experienced or from that relationship that left you heartbroken. Figure out what you could have done differently and apply it to your future endeavors. Try to understand the other person’s point of view and see if you may have had anything to do with why things didn’t work out.

But please, for the love of God, don’t do what most of us actually tend to do. Oh, you know what I mean! That thing where you treat the other person like a criminal for doing something that they’ve never done or ever had any intentions of doing simply because someone else did it to you in the past. Checking your partner’s text messages or Facebook, not because they’re acting sneaky or suspicious, but because someone cheated on you before and you just want to make sure it’s not happening again. Or constantly having your guard up because someone else was disrespectful to you in the past.

I think it’s partly human nature to want to protect ourselves from re-experiencing things we’ve been through in the past. The sad thing about it is that this type of thinking can ruin every relationship that you get into in the future if you’re constantly living in the past. How long do you think someone will want to be with you if they feel like you don’t trust them, even though they’ve done nothing wrong? Do you really think anyone will constantly put up with you yelling at them or trying to argue simply because that’s what you were used to in your past relationships?

***I would love to hear how you feel about this in the comments below!***